HAVE YOU EVER ASKED YOURSELVES WHAT ART IS?

Felice Caradonna tries to give his interpretation by combining elegance and good taste with an original exclusive jewel. Art is passion, it is emotion but also experience, which Felice has developed and perfected in 30 years of activity.

With great patience and love for his own job, he has built, step by step, teaching after teaching, a company in which people are the ones giving shape to their own ideas, creating a custom-made jewel. It starts from a thought written down on paper, a drawing that becomes alive in one’s head and then translates into a 3D prototypization giving concreteness to the idea.

Despite the old-style impression received, Felice Caradonna has never underestimated the importance of keeping in steps with the times, demonstrating of being a pioneer in combining the old tradition of the art of gold with modern technologies and trends, by always confirming himself the central idea between past and present. Felice, in fact, begins his activity under the guidance of Peppino Abbinante, master goldsmith, from which he learns the art of working gold and precious metals. Thanks to his capabilities and skills, he begins a close collaboration with the Basilica of Saint Nicholas, which leads Felice to occupy more and more important roles including the participation in the committee of experts called to analyze the miracle of the Holy Thorn.

In 2011 he was called to create the two cruets made of crystal, gold and silver used for the collecting of the Holy Manna, in which he has been participating since 2009.

What Felice has never neglected is the importance of passing on the teachings received and that is why today we can define his company a family business. Nicola and Anna, Felice’s son and daughter, have developed the same passion for this job and today work side by side in the family store making the workmanship of the atelier a dynamic place and always ready for new challenges.

Always curious and thirsty for novelties for years he has participated in prestigious trade fairs including VOD Dubai, a world, the eastern one, which has allowed the company to know different realities creating new ideas for the creation of unique works. 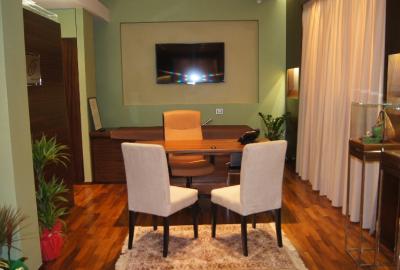 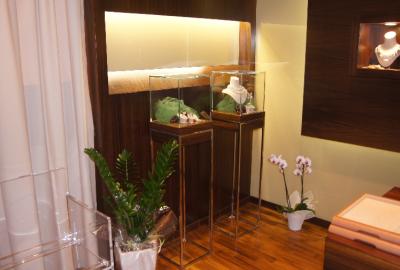 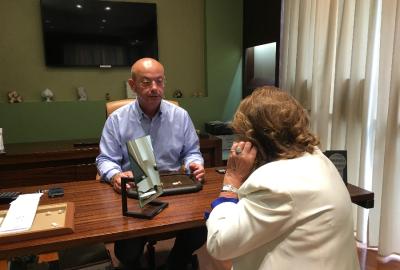 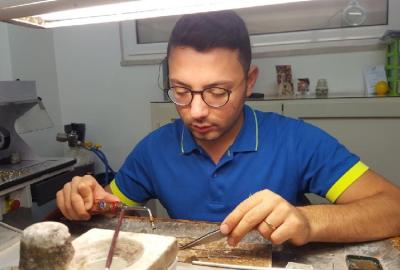